The village, located at 62 Collingwood Road, Birkdale, is owned and operated by the above association. There are 40 independent living units (ILUs) and 44 hostel units. The central building has a well-equipped kitchen, dining-room/lounge, offices and recreation-space.

The Dutch Community can take pride that this multimillion dollar asset is debt-free (it was never subject to mortgage). It is quite an achievement considering that the in 1986 opened bank account had an initial deposit of $105 (largely a donation from one of the Dutch clubs).

Various Dutch community groups had discussed the creation of a Dutch retirement village from about 1985 onwards. On 12 February 1986, the Executive of the Federation of Netherlands Organisations in Queensland expressed its “full support for the initiative of the Over 50s-group to investigate the need and problems of the aged in the Dutch Community”.

A survey was conducted, which showed a real need for a Dutch retirement village. For some of the respondents this need was immediate while for others, it was in the short to medium term. The association was founded after the Constitution, drafted by an Interim Committee, was adopted. A decision was made to look for suitable land, leading to the contract to purchase the present site for $160,000. A concerted effort to sell debentures resulted in sufficient funds to settle at the due date. The association held the following Annual General Meeting in a large marquee on its own land!

Initially 20 ILUs were built (stage-1) and the first residents took occupancy in September 1990. Late in 1989, the Federal Government provided a $ 1,300,000 grant towards the building of 30 hostel units, on condition that a number of units had to be available free of charge to financially disadvantaged people. At the end of 1990, the hostel-complex (stage 2) and another 20 ILUs (stage 3) were completed. On 9 November of that year, His Excellency Mr J.C.Th. Bast, the Ambassador of the Netherlands in Australia officially opened the Prins Willem Alexander Village.

Over the years, 14 more hostel-units were built. The village is currently fully occupied, and there is a waiting list for ILUs. A separate company, with full support of the association, paid a deposit on an adjacent block of land for further development of the village. It is the intention that this project will incorporate nursing-home-type accommodation. Considering the strong support demonstrated by the Dutch Community in the past, resulting in a magnificent Village, there is every reason to believe that the same community will show support again for the enormous task to build the much needed high-care facility.

The Prins Willem Alexander Village is a valuable Dutch community asset providing a good standard of accommodation at a low comparative cost. The residents live in a friendly atmosphere and receive excellent care. The 10th anniversary of the first residents moving into the village was celebrated in September 2000. Around the same time the hostel achieved `accreditation’ for a three-year period and achieved the highest possible score. Accreditation is an essential government requirement, demonstrating quality care in all respects.

The Prins Willem Alexander Village celebrated its 30th anniversary on 9 November 2021. The village is operated by MiCare and provides a safe and comfortable environment for independent living. As a nod to MiCare’s Dutch background, the village reflects characteristics of a typical Dutch town or ‘dorp’. It was designed by architect Jack de Vries, he was inspired by the architecture of the Zaansche Schans in the Netherlands.

Another important person to mention in the history of the Village is Hans van de Drift who has been entertaining the Dutch Community in Brisbane for 60 years, including the 30 years that he has performed at the Village.https://dacc.net.au/archive/dutch-australian-history/dutch-migration/the-history-of-dutchcare-and-micare/

Here are some pictures of the village and the celebrations.

The following documents from the DACC archives provides an overview of the history of this community. 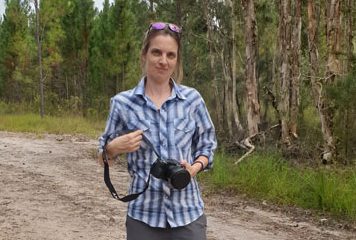 Maryse Jansen had always lived in Rijswijk and Den Haag in the Netherlands, until she made Australia her home in 2009. A different lifestyle, a warmer climate and lots of natural space beckoned. Maryse and Read more… 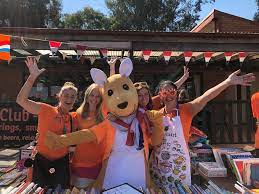 In addition to classes at the Hunters Hill, Manly Vale, Surry Hills and Forestville locations, Dutch school ‘de Kangoeroe’ is also providing online classes this year. They use the latest methods that enable them to Read more…

Derk Johannes Kippers was born in The Hague, Netherlands, 9th November, 1909.Graduated with First Class Wireless Operators Licence, about 1928. Partly because of the Great Depression, he did not enter the Dutch Merchant Navy until a Read more…