The story of one of Australia’s largest sausage manufacturers ‘ Hans’ begins in the Netherlands.

Hans van der Drift tried to escape being in the army (draft was still a thing back then) AND having to work for his dad on the weekends in the family’s pastry business. So, he moved to Australia. It wasn’t any easier, but in 1960, at least he was able to establish his own business

He was a pastrycook from profession but because he couldn’t get his Dutch pastries sold in Brisbane he started (mostly by accident) to make sausages, salamis, hams and bacons. The already established smallgoods manufacturers didn’t like it much and that made Hans want to succeed in the industry even more!

Soon Hans had the largest smallgoods operation in the country and when his Australian-born son Anthony was old enough he joined Father Hans.

In 1989 he sold the business to the Japanese chemicals and food group Asahi Chemical.  He received $25 million from the deal and was retained as deputy chairman to supervise the company’s expansion in Australia.

He owned several restaurants and cake shops in Brisbane and the Gold Coast. In 1990 he bought the Chalet Patisseries chain.

In 2009, the company went into voluntary administration, after battling higher feed costs due to the drought and increased competition in the pork market.

Hans has always been very supportive of the Dutch community and many enjoyed his entertainment at Dutch events. See also the video clip with Hans and Mirusia

In 2000 Anthony van der Drift bought the European smallgood company Götzinger. Antony expanded the business, opening the James Street Deli in Burleigh Heads where Gotzinger products were sold directly to the public. After great success and an ever-growing customer base the factory moved to a purpose-built facility in Yatala Queensland. Since the move in 2003, Götzinger has been experiencing steady growth, entering the retail market with products available in major supermarkets across Australia. Staff employed by has grown over the years with over 100 people now employed by the business. 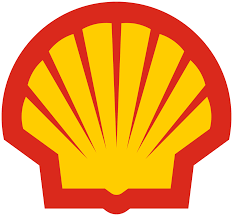