When the Japanese invaded Netherlands East Indie (NEI) in 1942, most members of the NEI Government had been able to flee to Australia and organised themselves in Melbourne. Following hastily established diplomatic relationships in January 1942, the Australian Labor Government offered the Dutch almost unlimited support in relation to facilities and training, while at the same time providing them with a remarkable high level of independence for their operations in Australia.

The NEI organisations were unable to regroup in the Netherlands as the home country was under the occupation of Nazi Germany. The Dutch government was also in exile, headquartered in London.

The NEI Government-in-Exile was formed in April 1942. This was the first, and only time, that Australia hosted a government in exile.

Some 20.000 Dutch people arrived in Australia during February and March 1942.

In the chaos of those days before the capitulation the various Departments of the NEI Government including the army, navy and air force became scattered across Australia. Communication and travel between the various offices became increasingly more difficult and time-consuming once they became more organised.

When it became clear that liberation of NEI was coming within sight, the decision was made to prepare for the return to NEI. For a return after the liberation, consolidation was urgently needed, so in 1944 it was decided to centralise the various headquarters of the NEI organisations to “Camp Columbia “at Wacol in Brisbane.

The Americans had built Camp Colombia in October 1942 and in April the following year it became the headquarters of the US 6th Army. However, General MacArthur’s headquarter was moved to a new base at Hollandia, Dutch New Guinea once it was liberated in June 1944.

The last people left Camp Columbia in 1947.  The largest part of the site was turned into a prison complex – The Brisbane Correctional Centre.

In 2021 an archaeological project was announced to investigate the site.  Dutch partners in the project includes the Netherlands Ministry of Defence and is funded by the Netherlands Embassy.

The project is supervised by Emeritus Professor Ian Lilley FSA FAHA (BA Hons, MA Qld, PhD ANU). Ian is an international discipline leader whose interests focus on archaeology and heritage in Australasia, the Indo-Pacific and globally. He also has a continuing visiting appointment as Willem Willems Chair for Contemporary Issues in Archaeological Heritage Management at Leiden University in the Netherlands. Leiden is continental Europe’s leading university in archaeology and among the global Top 10 in the discipline. In addition, he is an Advisor to the Centre for Global Heritage and Development (Leiden University, Delft University of Technology and Erasmus University Rotterdam).

The broader story of Wacol 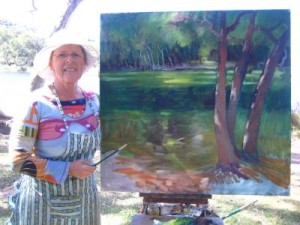 Marijke Greenway is an achiever, in different countries, South Africa and Australia, and in quite different fields. Her story is exceptional in many ways. She was born in the Netherlands in 1943, in  Halfweg/Zwanenburg, close Read more… 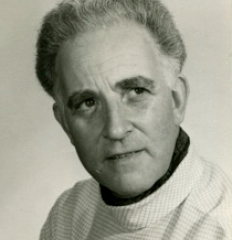 Not long ago, a book was published about Dick under the title The Incredible Life of Dick van Leer.  This very readable account of Dick’s life, a family history really, written jointly with Aubrey Cohen, starts Read more… 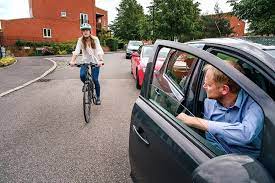 The Bicycle Network is promoting the so called ‘Dutch Reach’.  The organisation is Australia’s biggest bike riding organisation, supported by nearly 50,000 members nationwide What is the ‘Dutch Reach’? Car drivers and their passengers each Read more…