Updated with newspaper article from 1945 below

It is 80 years ago this month that this heroic, but at the same time disastrous Battle took place. By that time the Dutch Allied Forces had already been involved in the war in SE Asia for three months. Here they had occurred significant losses, which weakened them now they were facing the insurmountable task to protect their own lands against a far superior enemy.

This 13-day battle started on 27 February 1942 and was directed by American British Dutch Australian (ABDA) Command led by British General Sir Archibald Wavell. Allied Navies suffered a disastrous defeat in the Java Sea at the hand of the Imperial Japanese Navy, and in secondary actions over successive days. The ABDA Strike Force commander— Dutch Rear-Admiral Karel Doorman—was killed. He went down with his flagship the light cruiser Hr.Ms. De Ruyter.

The Dutch surface fleet was practically eradicated from the Asian waters. However, this battle did slow down the Japanese expansion. If air support had been given by the other Allied Forces this battle could have turned out differently, without that support the ships were sitting ducks as the Japanese air force pinpointed their positions. On the Allied side, two light cruisers and three destroyers were sunk, one heavy cruiser was damaged, and 2,300 sailors killed. On the Japanese side, one destroyer and one transport ship were damaged, and 36 sailors killed.

The aftermath of the battle saw several smaller actions around Java, including the smaller but also significant Battle of Sunda Strait.

While the ABDA losses were heavy it is also important to note that the Battle of the Java Sea and the defence of the Netherlands East Indies took longer than the week-long battle that saw the Fall of British Singapore. The Battle of the Java Sea and consequent guerrilla warfare on land of Australian and Dutch troops on the outer islands did delay the Japanese advance.

The disaster in the Java Sea led to the abandonment of ABDA which in its turn led to chaotic situations with many troops stranded in Borneo, Sumatra and Celebes. Without Allied support many troops were left on their own some were able to escape, some were massacred by the Japanese, others became POW of which many died in the dreaded force labour camps. On the positive side many units were able to destroy oilfields, airfields and ports which again hampered the Japanese in the war effort going further.

Two weeks after the Battle in the Java Sea  the Netherlands East Indies (NEI) Government capitulated. Unknown to most, fighting on the outer lands especially Timor and Dutch New Guinea through guerrilla warfare by combined Australian and Dutch units continues to well into 1943. 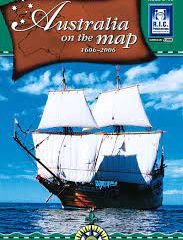