Over the years the DACC has staged a range of exhibitions. To mention a few: the “Echoes of the Past” in two venues and Dutch Maps of the 17th Century, also in two museum venues. The Mapping Australia exhibition was in the National Library, Canberra in 2013 and 2014. About half of the old maps displayed there were of Dutch 17th century origin, the products of VOC cartographers and seafarers who circumnavigated the Australian continent and mapped most of it. After the two extensive journeys by the Groninger sea captain Abel Tasman (1642 and 1644) the Dutch seafarer had mapped altogether some 70% of the Australian coastline.
Major cultural exhibitions have been initiated by the NSW Art Gallery such as of original works by the painters Rembrandt, Vermeer, van Gogh and many others, e.g. Karel Appel.  On a more modest scale, at Holland House, Smithfield, the DACC displayed KLM huisjes, several new excellent books by Dutch migrants, artefacts like e.g. migrant ships, windmills, clogs and skates. The DACC also maintains a significant Library of Dutch books going back to the 19th century.
The Dutch Embassy and the Australia On The Map (AOTM) committee issued publications in 2006 about the Duyfken’s arrival in 1606, in 2016 about Hartog in 1616, and about Dutch WWII refugees in Broome, 1942. Recent exhibitions by the Gippsland Art Gallery have featured the excellent and extensive work of the Dutch-Australian impressionist painter Jan Hendrik Scheltema (passed away 1941). The interesting DAAAG website (Curtin University) features the achievements of several Dutch post -WWII migrants in cultural and other fields.

1985 SHORT HISTORY THE NETHERLANDS SOCIETY IN THE SUTHERLAND SHIRE NVSS 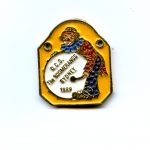 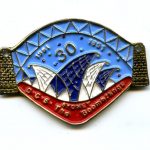 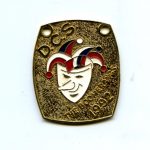 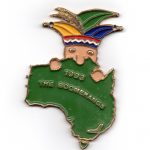