After a Covid initiated break of 2 years, on January I, 2023 Bondi Beach Australia turned orange again, also this year organised by Dutch Travel.

Under different climate conditions the original event in Scheveningen takes place under more severe conditions. Afterwards the participants do get erwtensoep met UNOX rookworst (pie soup with smoked sausage). The event started in 1960 in several beach towns in the Netherlands. In the meantime the event has spread by Duchies around the globe. In Scheveningen some 10,000 people participate.

More than 500 dancing hats were ready for the big splash in Sydney in 2023. One large orange group of travelers, expats, backpackers and emigrated Dutch people formed an orange family on Bondi Beach. With their feet in the warm sand, arms around each other, Unox hats on, and flags in hand, the orange army was prepared.

In the middle of Bondi Beach, a huge path was cleared where an honorary hedge of Bondi Rescue workers and surprised beachgoers formed. The dancing, singing and jumping orange army moved through it bouncing into the water.

The main sponsor is UNOX (Unilever Oss). UNOX is the brand is used for its meat products such as rookworst (smoked sausage). 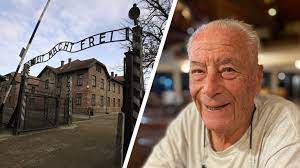 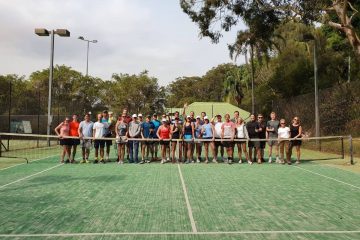 Back on! After missing out on two Heineken Tennis Tournaments in 2020 and 2021 due to Covid and the renovations of Primrose Park Tennis, Dutchlink is very pleased to invite you to the Dutchlink Heineken Read more…