In late October 2006, Dutch Crown Prince Willem Alexander of Orange and his wife, Her Royal Highness Princess Maxima, paid an official visit to Australia, to bring to a close the events commemorating the of 400-year-old friendship between the two countries.

With my Dutch heritage and my interest in the history of VOC (the Dutch East India Company) this was, of course, a special occasion for me.

You may recall that earlier this year the Dutch Prime Minister visited Australia, and during that visit I organised, in conjunction with the Dutch Government, a Netherlands-Australia Broadband Roundtable in Sydney.  This was a highly successful event, at which the Australian Minister for Communication, Senator Helen Coonan, addressed the 125 delegates.

At that time, the Dutch Prime Minister invited Helen Coonan to visit the Netherlands. She accepted this invitation on the proviso that the Australian Prime Minister John Howard agreed with her visit (unfortunately he hasn’t agreed, but we haven’t lost all hope yet).

Our involvement in the Royal Visit started on Friday afternoon, when I was interviewed for Dutch TV, which, of course, was very well-received by my Dutch relativesJ. After this Louise and I attended a performance at the Opera House. The royal couple were present and Dutch guest conductor Jaap van Zweden led the Sydney Symphony Orchestra.

During the interval all 2,000 visitors to the concert were treated to a glass of champagne, to celebrate the friendship that exists between the Dutch and Australian communities.

After the concert, a few hundred guests were invited for an informal gathering with the royal couple. When they arrived at the Opera House, I was pleasantly surprised to see that they were accompanied by the Hon Senator Helen Coonan, who holds the Arts portfolio as well as Communications.

After the concert, I was introduced to the Prince by our Dutch Ambassador. Together with Senator Coonan we had a few minutes to speak with the Prince about the Roundtable we had conducted in April, and about the upcoming Mission we are planning to the Netherlands in March 2007.

The Prince was very interested and supportive of this venture. I then continued my discussion with the Prince for another five minutes. He was very interested in the social aspects of innovation and new technologies, a subject I had also discussed with his late father, who visited Australia in 1988.

Of course, I also used the opportunity to talk a bit more with the Minister, who indicated that she very much enjoyed the Dutch visit.

The next morning I was invited with 15 others to join the Prince and Princess for a CEO breakfast cruise on Sydney Harbour. We were split into two groups and I was placed next to Princess Maxima. The princess is Argentinean, but speaks fluent Dutch and English.

She had clearly done her homework (the Embassy had asked for bios) and she asked cogent questions about broadband in Australia – how we organised telecoms in the vast remote regions of Australia. She also had her own telecoms problem story. Her Blackberry didn’t work in Australia, as her provider in the Netherlands still had not finalised roaming arrangement with Australian providers.

By the way, the Dutch TV complained about the enormous problems they had when the Royals visited Alice Spring/Uluru in the Centre. The best connection was a 14.4Kb mobile link. They said that they had achieved better reception during their visits to Bhutan and Ghana.

However, we only touched slightly on telecoms, as the Princess was very well-informed about a range of other issues. We discussed multiculturalism, social policies, comparisons with Dutch situation, Aboriginal problems, the economy and mining. She mentioned, as the Prince had done earlier, the gateway nature of our two countries – Australia into SE Asia and the Netherlands into Europe – a theme that I focused on during the Study and Trade Mission in March 2007.

After the cruise we went to the Art Gallery. The Dutch Government had commissioned ten Aboriginal artists from areas near where the Dutch landed in the 17th century. These artists had produced ten artworks around that theme, and prints of the collection were handed to the Royal couple. A set of the prints was also made available to some museums, including the Museum of Aboriginal Art in Utrecht, the Netherlands.

The day ended with an official reception in the NSW Parliament House for the Dutch community. I had been asked to head a group of six Dutch people who work in the ICT industry in Australia, introducing them to the Princess and leading a short discussion on the topic. 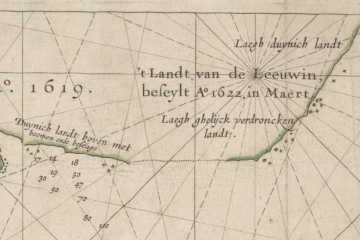