This week the Dutch program and Face book SBS radio Dutch were dominated by a visit to the studio of Dutch mega star Andre Rieu. He came and conquered the studio with his own cameramen, publicity agents and security team. He stayed for 20 minutes to chat about his upcoming tour, the book his wife wrote about his life, shared the story of Sir Anthony Hopkins involvement with his orchestra and chose the tracks to play from his latest CD. On Facebook we posted a photo of him as a child with a bird nest on his head and asked people to provide a caption. He could not remember why he was photographed with a bird nest on his head but was amused by some of the captions and chose the winner who will receive an Andre Rieu DVD.

Dutch clubs and organisations in Australia

With thanks to the Netherlands Embassy in Canberra The strong historical ties between the Netherlands and Australia have resulted in many Dutch interest groups, ranging from social clubs to cultural organisations. On this webpage you Read more… 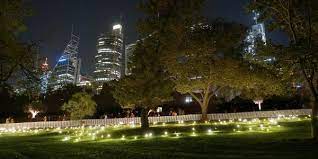 Sydney Vivid is back in 2022. After two years of cancellations due to Covid, we can look forward to Sydney VIVID 2022 which will take place from the 27th of May until the 18th of June. For Read more… 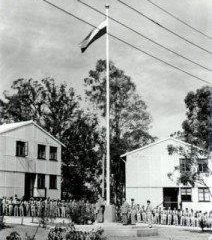 The Ambassador of the Kingdom of the Netherlands to Australia, H.E. Mrs Marion Derckx will at her official visit to Brisbane attend an information event at the site of the former Camp Columbia at Wacol, Read more…