In April 1995 a small group of Indische mensen’ (people born in Indonesia), such as Rob Elstak, Eric & Rob Marcus, Leo Vandersar, Jan Schmieman and Andreas Flach, came together in Cairns and founded the ‘Dutch Indonesian. Association – Melati’ (Jasmine). Andreas Flach became the editor of the club’s newsletter `Melati’. In January 1997, Andreas moved to the Sunshine Coast and expanded the Melati club from a Cairns-based to a broader Queensland- based association while the name changed from ‘Melati’ to `Bungs Melati’ (Jasmine Flower). When a further distribution of the magazine over the whole of Australia was required, the name of the magazine changed again. It was now no longer a newsletter but had matured into an independent magazine for everyone interested in the former Dutch East Indies, which became later independent Indonesia. The first issue was published in 1997 under the new name `Bambu’, suggesting flexible strength as in `bambu buigt, maar breekt niet,’ (Bamboo bends, but does not break).

After coming to Australia, the `Indische’ migrants settled quickly and assimilated into most areas of Australian society. Like their Dutch ‘cousins’, this ethnic group quickly and industriously set about creating a worthwhile existence for themselves and their families. Overcoming the many challenges involved in this process left little time to dwell upon their ethnic background and former culture. The first generation of the `Indische’ migrants has now settled and consequently has time to reflect on the less prosaic issues of life. As they get older, these people have a natural desire to meet and converse with people of similar background and to re-connect with issues of the past. This is of course a normal aspect of the ageing process for people of all backgrounds.

One of the ways to connect to others interested in an Indische’ background is through the magazine `Bambu.’ which is not connected to any club. Bambu has now almost 300 subscribers Australia-wide and in nine other countries: New Zealand, Canada, USA, South Africa, the Netherlands, Spain, Indonesia, Malaysia and Venezuela. The bi-monthly magazine (subscription currently $15.00 p.a.) increased from a 12-page newsletter to a 44-page magazine. The aim of the magazine is “to bring together the diverse group of the Indische’ people and to increase human understanding to enrich the Australian ethnic mosaic”. This helps to maintain and rejuvenate the ethnic and cultural issues, which become increasingly important to these people as they are ageing. `Bambu’ organises activities such as: monthly coffee mornings, traditional Indonesian kite flying, car-rallies, picnics, outings and library services. These activities are extremely well received by all. The coffee mornings are the most important method to bring the Indische’ people in contact with one another. They started in February 1998 and up to 70 people have attended. The Indische’ library has over 200 books about the former Dutch East Indies and modern Indonesia. Ninette Floris does all library work.

It must be emphasised that `Bambu’, being an independent magazine, is not connected to a club, association or organisation. Volunteers do the work and organise all activitivities.

Copies of Bambu are available in the archives

The fascinating history of the DC3 Wielewaal (1937-now)

It was the 67th DC-3 (model Douglas DC-3-194B. c/n 1944) to be completed by the Douglas factory in California. It was the 10th DC3 purchased by KLM for the route Amsterdam-Batavia and received the name Read more… 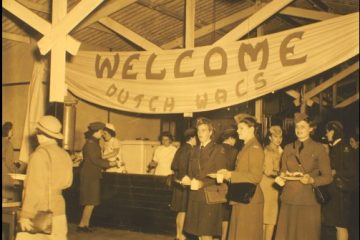 he US Army had chosen Yeronga Park for a military camp in 1942. Camp Yeronga Park housed a variety of units among them the military police and the 99th Signal Battalion, US Service Army of Read more…