At the Battle of Waterloo in 1815, Britain together with its other allies defeated France. After the victory Britain went on for another 100 years of being the global superpower. However, during that period it remained very fearful of France and a range of minor wars were fought during the 19th century.

The Napoleonic Wars had created many British heroes and on the one side new jobs needed to be created for the military aristocracy and of course they also needed to be awarded for their military successes. The Colonies included Australia, received their share of these highly ranked, war-hardened military men.

All of this was happening at the same time as the authorities in London were also looking at the options for convict transportation. Unemployment and crime rapidly increased in Britain.  Punishments in this age were severe even from the smallest demeanour. Gaols were filling up again, including the hulks in the Thames, so transportation was again high on the agenda of the politicians.

This also led to an increased hardening of convict policies in Australia. Moreton Bay (Brisbane), being the one that was only created after the Napoleonic Wars became one of the most notorious penal settlements in the Empire known for its very liberal use of the lashes. A range of battle-hardened military captains became the commanders of the new penal settlement.

Britain embarked on its colonial expansion in Australia. France was a rival in this conquest. Britain started to look at combining its military expansion and that of penal settlements in north Australia.

It needed to secure larger parts of Australia, especially to the north and to the west. It wanted to plant the British flags at strategic place with a small military settlement connected to it. The aim was that by doing so that they would also be able to attract sea trade by creating ports. In North Australia that would mean that they could bypass the ports in the Dutch East Indies. The Netherlands was one of its largest trading rivals and they were looking for opportunities to make life more difficult for Dutch merchants.

While several military posts were established in North Australia, they were also abandoned again, and the expected sea trade never eventuated. Britain (and Australia) remained depending on the Dutch ports in the Dutch East Indies and relationships remained cordial.

As more parts of Australia were colonised during the 1820s and 1840s, the name New Holland started to slowly disappear.

Camp Columbia in the suburb of Wacol in Brisbane was a United States Army military camp. It was built in 1942 to accommodate American troops. The Sixth US Army Headquarters was formed and stationed here. Read more…

Patricia (Pat) Metcalfe (born 1929 in Cairns) moved to Brisbane when she was 4 years old and after she finished the St Columba school at Wilson, was employed at Camp Columbia as a typist and Read more… 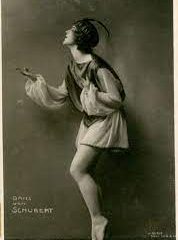 Born as Maria Louisa Frederika, “Darja” Collin (November 19, 1902 – May 6, 1967) was a Dutch ballet dancer and classical ballet teacher. She had been trained in classical ballet (studying under Preobrajenska and Trefilova), Read more…