In mid-1942, Merauke, on the south coast of Dutch New Guinea (DNG) was one of only a few parts of the Netherlands East Indies ( NEI) that had not been occupied by Japanese forces. It was garrisoned by a company of infantry from the KNIL, equipped with the majority of the heavy weapons available to the Dutch.

The Dutch  heavily lobbied the Allied Forces to strengthen this base as it would be much easier to liberate the rest of NEI from here.  Th heavy bombers that were needed for such an operation could not use the existing facilities, The Americans were reluctant as they were more focused on liberating the Philippines than NEI. However, with continued Japanese raids on Merauke General MacArthur decided in May 1943  to support the Dutch effort. While it were mainly Australian forces that were deployed the Dutch merchant fleet again played a key role in the transportation materials and personnel. The RAAF started to use the airport in July that year.

The Japanese continued their raids on Merauke but suddenly stopped them in September that year, most likely they had to concentrate their war effort elsewhere and the inhospitable southern part of DNG was not worth it to try and expand further into DNG . This allowed Merauke to be fully used for raids on Japanese facilities in NEI.

Merauke also played a role in the smuggle trade with Indonesia, the Allies were short of rubber and connections were established from Merauke with traders on the other islands who smuggled rubber to the Allies.

The strategic location of Merauke on the western flank of Allied forces in Papua led Allied commanders to order the building of a port as well as a proper airfield there. This of course was of great benefit to the Dutch after the war as it was a major and costly infrastructure projects where they could profit from. In the end the Allied Forces concentrated on the northern parts of DNG and established the new Pacific HQ in Hollandia and Merauke played no real role in the actual war effort and indeed MacArthur skipped NEI and instead started the liberation of the Philippines.

On 31 December 1942, Merauke Force was formed, to reinforce the KNIL garrison. At the time of its establishment the force comprised C Company of the Australian 62nd Infantry Battalion, the 1st NEI Fusilier Company and various Royal Australian Air Force units. C Company, 62nd Infantry Battalion arrived at Merauke to reinforce the NEI company and RAAF on 7 January 1943.

The Australian force at Merauke was gradually expanded to a full brigade during the first half of 1943. A Company, 26th Infantry Battalion was added to the force between 29 May and 2 August when it was flown into the inland town of Tanah Merah.

In April 1944 the Australian Army began to plan an offensive along New Guinea’s south coast using elements of Merauke Force.

The planned offensive along New Guinea’s south coast did not eventuate and it was decided to reduce the force at Merauke in mid-1944. On 4 July 1945 the command of the Merauke region was handed over to the Dutch authorities.

When Annie Budde arrived in Merauke the American build airbase was still still in operation as well as the wharf, the Dutch Navy were an active part of the Dutch community in Merauke.

The third of the Dutch Australian Squadrons formed during WWII with the Australian was the No. 120 (Netherlands East Indies) Squadron RAAF it was formed at RAAF base Fairbairn in Canberra on 10 December 1943. It was originally intended that once formed, No. 120 (NEI) Squadron would be deployed to northern Australia and operate alongside No. 18 (NEI) Squadron. However, it was later decided to deploy the unit to Merauke on the south coast of New Guinea, which formed part of the pre-war Netherlands East Indies (NEI). For more information on this squadron see here.

Personal recollections from members of the Australian Airforce

The town of Merauke was the centre of Dutch Government control in the southern region of Dutch New Guinea the Governor had the major residence with one main street of other houses it was also the centre of Catholic influence with a Convent, Church and school. When the American’s arrived in force they did for what they are renowned for and that was they renamed the street names from the Dutch to the American such as Main Street and numbered the streets 1st, 2nd, Third and so on. The photo insert left shows the damage to the mission after the first major air raid by the Japanese.

The entire area was only two or three feet above sea level with the water table less than that below ground level. There was only low ridges running through the area every so often. It was on these ridges that all buildings; tent lines, ablution and toilets were erected. The airstrip was built up with decomposed coral. This coral was dug up by the American Construction Company some distance away and transported to the strip site. The strip area too was only three feet above sea level.

When the wet season set in it rained up to 300 inches a year with the humidity so high even with the rain teeming down all one do was to sit in your tent the perspiration would pour out of you. It wasn’t long before we found out that the army tents with fly’s were useless so two chaps in my tent bribed the natives to cover the tent fly with palm leaves the solved the leaks and insulated the tent by shading it. The mosquitoes there were also a terrible problem, once the sun had set you had to cover every part of you or they swarm over you. This increased the risk of getting Malaria and Dengue Fever, even though we were all on the full dosage of Atebrin. A lot of us went down with these fevers. It wasn’t long before the men were infected with things like dermatitis, tropical sores, sweat rashes and ulcers there was very little that the Medical Officer and his staff could apart from applying calamine lotion .

When we had settled into Merauke, It was decided to plant the seeds collected at Gawler, some natives were hired to clear a site and the garden planted. Peas, beans, tomatoes, onions, turnips and cabbages the seed soon germinated and grew like mad in fact too fast as most went to seed before we could harvest them and that was the end of them. Another problem was the wild pigs, what didn’t go to seed was soon eaten by these pigs. We had to abandon the garden and let the jungle growth reclaim the lot.

Patricia (Pat) Metcalfe (born 1929 in Cairns) moved when she was 4 years old to Brisbane and after she finished the St Columba school at Wilson, was employed at Camp Columbia as a typist and Read more…

On 26 February, a ML-KNIL Douglas Dakota caught fire and crashed into the ocean about 23 minutes into a test flight from Archerfield, killing all six people – three Dutch servicemen and three Australian crew Read more… 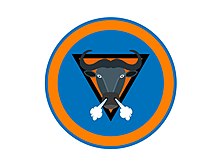 The No. 120 (Netherlands East Indies) Squadron RAAF was formed at RAAF base Fairbairn in Canberra on 10 December 1943. As a joint Australian-Dutch unit, the Dutch authorities provided all the squadron’s aircrew and aircraft Read more…