‘Murriland! #1”  2015-2017 – an oil on canvass painting by Gordon Hookey about the colonialisation of Australia at the HOA Gallery at the Gold Coast.

The painting directly speaks to the British cocolonisation of Queensland. ‘Murri’ is a broad term used to encapsulate all Aboriginal people of Queensland. Gordon Hookey’s clever wordplay in the title undermines the colonial narrative of Australian history and reclaims the state as Aboriginal land

Featured throughout the work is the weaving of the Rainbow Serpent spirit. The Rainbow Serpent represents the giving of life, with many Aboriginal nations sharing the ancestral sprit, The spirit force remains a strong, powerful connection to cultural identity despite colonialisation. 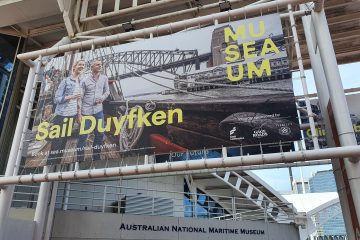