Dutch merchant fleet delivered major contribution to the war in the Pacific.

Dr Jack Ford wrote an extensive history of the Dutch war effort in the South West Pacific. He published this in: Allies in Bind: Australia and the Netherlands East Indies relations during World War Two.

He also wrote a number of articles on this history, below the one on the Dutch Merchant Fleet.

In my overview of the Dutch-Australian history -Netherlands East Indies/Indonesia I also used some of Jack’s information in the chapter The Dutch involvement in three month war in SE Asia.

With the shipping fleet of the Koninklijke Paketvaart-Maatschappij – KPM (Royal Packet Navigation Company) being one of the largest in South East Asia its ships played a key role in assisting the Dutch, British and Australian war ships with the protection of Malay and Singapore. During the Battle of the Java Sea, KPM ships also assisted with the supply of ammunition. In the Netherlands East Indies (NEI), several of KPM ships were leased by the Royal Netherlands Navy to participate in the defence of the Netherlands East Indies. Th merchant fleet and their sailors paid a high price for their participation in the war.

During the Japanese Malayan Campaign (8 December 1941 – 31 January 1942) KPM ships were involved in the movement of supplies and troops aimed at the defense of Singapore. In January 1942 plans were made for the ship Aquitania to transport troops from Sydney to Singapore, it was escorted by the cruiser Canberra. In all 3,456 troops left Sydney on January 10th. However, concern about putting such a large and valued transport in danger of Japanese air strikes led to the decision to divide the troops over smaller KPM vessels. The transfer took place at Ratai Bay in the Sunda Strait, between Java and Sumatra. The convoy reached Singapore on 24 January. The Battle of Singapore only lasted a week and the city state fell on February 15th. Australia could now no longer depend on the British Forces to defend their country. Arrogantly the British Government had convinced Australia and the Netherlands to provide full naval and airforce support as Singapore would never fall and therefor NEI and Australia would be safe. This massive defeat marks the start of the end of the British Empire. Dutch and Australian losses severally impacted the defence of their own countries. As the British had only made vague promises to assist the Dutch in the defence of NEI, their involvement remain half-hearted, of course also hampered by their enormous losses in Singapore.

After the Fall of Singapore KPM ships reaching Australia and were, after the collapse of ABDA, incorporated in the newly formed Southwest Pacific Area (SWPA) Allied Forces under Douglas MacArthur. They became part of a fleet being assembled in Australia for the support of the defense of Australia and the campaign against the Japanese in the SWPA. The crews of the KPM vessels fighting on the allied side were mainly made up of Indo- Europeans of the NEI. Only the very senior officers were Dutch.

Most of the vital reinforcement of New Guinea in 1942 and 1943, including troops, vehicles, weapons and supplies for the Milne Bay, Buna and Gona operations, was undertaken by Dutch vessels. The operation collectively known as Operation Lilliput, used the KPM vessels Balikpapan, Bantam, Bontekoe, Both, Cremer, Janssens, Japara, Karsik, Maetsuycker, Patras, Reijnst, s’Jacob, Swartenhondt, Tasman, Thedens, Van den Bosch, Van Heemskerk, Van Heutz, Van Outhoorn, Van Spillbergen, and Van Swoll. The Dutch Merchant Seamen and specifically those from the KPM – were recognised by General MacArthur for being pivotal to the success of the mission, the first battle in the South Pacific War where the Japanese were defeated.  MacArthur had requested the support of the US Navy for landing boats for the operation, but he didn’t receive them. There were significant ship and crew losses as the operation received no air support and thus were easy target for the Japanese fighters. Dr Jack Ford in chapter three of his book Allies in Bind: Australia and the Netherlands East Indies relations during World War Two, details this operation further.

KPM also assisted with the supply of the famous and successful Krait mission by the Australian Z Force to Singapore  in September 1943 where the Z Force was successful in sinking several Japanese ships in the harbour of Singapore..

In addition to the valuable role played by Dutch merchant seamen in maintaining supply lines between Australia, New Zealand, Britain, India and the USA. On one of these voyages the ship the Tjisalak was torpedoed by the Japanese and all of the survivors in lifeboats, including civilians,  were brutally massacred by the Japanese. During the war, the modern liner Oranje (built in 1939) was refitted as 1st Netherlands Military Hospital Ship, was another significant contribution to the war effort. With the Netherlands and NEI occupied the Dutch could no longer maintain the ship and it was offered by the Dutch government to the Australian Governments in  May 1942. The Dutch did continue to provide medical staff as well as the ship’s crew. After Australia had repatriated its wounded military from the Middle East. In 1943 the ship was handed over to New Zealand,   Oranje eventually carried more than 32,000 sick and wounded Allied patients on over 40 voyages. At the time it was the fastest hospital ship in the world.The KPM came out of the war badly battered. She lost 96 ships, killing about 1,000 people. At a time when few of the NEI armed forces were strong enough or well enough equipped to carry the war to the enemy, it is no exaggeration to say that the greatest Dutch contribution to the final Allied victory was made by the men of its merchant fleet.

The Dutch Navy was instrumental of what is now known as the US Seventh Fleet. Based on the above problems that MacArthur faced in establishing a proper US Naval Force in the Pacific, US Admiral King announced in March 1943 the formation of a fleet to support MacAthur’s SWPA Command.  It started off as a small fleet of US, Australian and Dutch warships. Two third of the fleet’s cruisers were Dutch ships. As the Australian Navy was preoccupied in the Indian Ocean, Dutch ships were used to patrol the west coast of Australia, the area some 300 years earlier explored by their forebears.

At the DACC we always try to find personal stories or personal information about the people that were involved at those times. And we are pleased that we also can add such a personal note to this article. 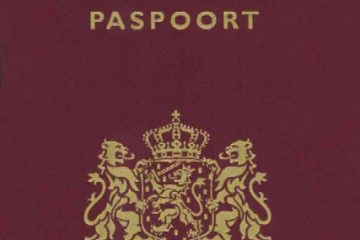 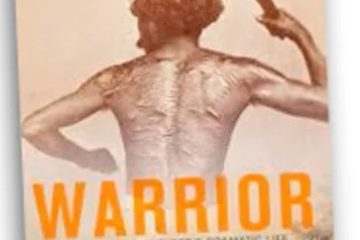 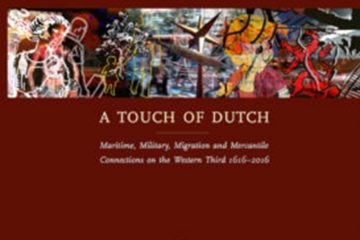