Willem Paling and the villas ‘Woerden’ and ‘The Lodge’ in Stanmore, Sydney.

One of the first known Dutch immigrants to Australia was Willem Paling, born in Woerden. He arrived in Sydney in 1853 and established a famous music and entertainment business along the East Coast. His story is told here.

He also became an Alderman in Petersham and its Mayor in 1881. He purchased most of the land at the top of Laing’s Hill in the 1860s and built The Lodge on Stanmore Road. In 1879 he built a grand 3-story Italian-style home called after his hometown Woerden.

The Stanmore Walk below features Willem Paling and the villas he built. Woerden has been demolished, the gates that are still standing are not the original ones as they were stolen. Nevertheless, the current ones indicates where the villa once stood.

In the presence of the Ambassador of the Kingdom of the Netherlands to Australia, H.E. Mrs Marion Derckx, at an event hosted by the Pooh Corner Environment Centre and Dutchlink Brisbane a plan was launched Read more… 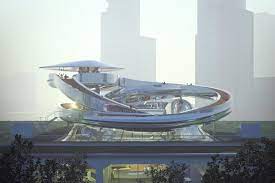 The museum is based in the Fenix warehouse at the waterfront on Katendrecht. It was built in 1923. At that time it was the largest warehouse in the world. The new FENIX is more than Read more…