Over 400 Years of Dutch History in Australia
Browse The Archives

The Centre was established in 1983 by the Federation of Dutch Associations and formed as a company limited by guarantee in 1984.

The Centre was formed to establish a central organization with the following two main aims: 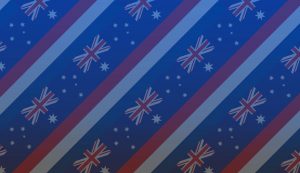 We host a large number of typically Dutch memorabilia. The “piece de resistance” is the large maquette of a small historic section of Amsterdam around the Single canal produced professionally by the late carpenter Bram van Twist, a gift to the DACC.

The Dutch were 350 years in Indonesia, which achieved independence in 1949. In 1602 the Vereenigde Oost Indische Company( VOC ) was formed to start the spice trade which the Portuguese had maintained for 100 years already.

History of Dutch businesses in Australia

One of the first Dutch business people on record is Guillaume Daniel Delprat CBE in Broken Hill. He was a metallurgist, mining engineer, and businessman. He was a developer of the froth flotation process for separating minerals